We are in trouble

When a U.S. Senator, Infantry Officer, combat veteran, Harvard graduate; does not understand that bombing another country who you are not at war with constitutes an act of war.

Is it that hard of a concept to grasp or is it just my medications that make me see the world in more black and white?

Must be the first of April.

Today my wife Phoebe and I are celebrating 22 years of marriage. Here are a couple of pictures of us from our wedding reception. 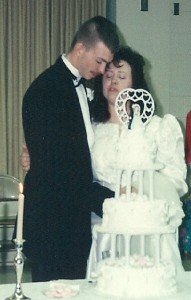 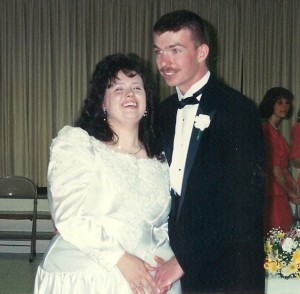 Phoebe I love you more each day

“As far as paying players, professionalizing college athletics, that’s where you lose me,” Swinney said.  “I’ll go do something else because there’s enough entitlement in this world as it is.”

Any asshole who makes millions of dollars a year off the back of unpaid athletes and complains that paying them would be an entitlement should probably take some classes at the university that pays him on things like basic english.

Let us put an end to this endentured servitude, it is Un American.

Bush waited until after the event to deliver his most stinging critique of Obama: “Every chance he’s had to validate his mandate, which was not that, ‘I’m going to be the most hard-left president in American history.’ It was was there are no blue states, no red states, only the United States,” Bush said.”He won because of that,” Bush added. “And he has invalidated that every chance he’s had. After every election he’s not tried to develop personal relationships with people that don’t completely agree with him. Our democracy has been hurt by that.”

via In South Carolina, Jeb Bush Says ‘The Center Needs to be Rebuilt’ – Bloomberg Politics.

So when President Obama got elected and day one the republican leadership stated unequivocally they would make him a one term president. When we ended up with Romney care instead of single payer health care because of a desire to lean towards the center and sell republicans on a republican idea. The continued questions about loyalty, patriotism, faith and birth never before leveled against another sitting president and then blame him when your team wont come to the table in good faith.

Glad that he pointed out that the partisan hack tv shows are dividing this country, would have held more sway with me if he had named some names; but speaking against anyone on fox news would have doomed his campaign before it really gets off the ground.

Spring is upon us

Spent a little time this morning cleaning up the flowerbed around my mailbox and planting some flowers. Since tomorrow is my wife Phoebe’s birthday and Saturday we will be celebrating our twenty-second wedding anniversary; I planted a variety of purple petunias and violas, her favorite color. 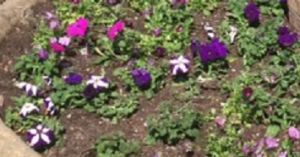 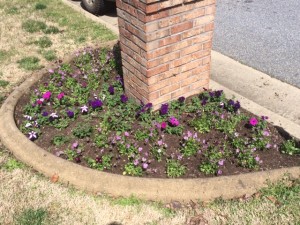 Sometimes it is easy to want to give up and not try. A nice reminder that life is worth living and the desire to accomplish can overcome any odds.

Proud of Courtney and the Agnes Scott Collegiate Chorale for their performance at the concert.

You are on the interstate. You are not alone. Since you are driving ten miles an hour under the speed limit get out of the left hand lane and turn off your bright lights. On second thought pull off the road and turn on your flashers and when the police stop to help you give them your keys and your drivers license. Also I wouldn’t recommend any sharp objects or life altering decisions!

Left work it was 81; sunroof open, windows down, hair down, Rob Zombie Venomous Rat Regeneration Vendor turned up all the way.
Good way to end a long day in the office. 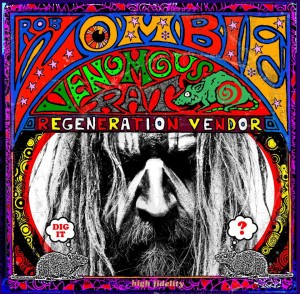